Milwaukee vs DeWalt: Which One Should You Buy?

If you’re looking to get started with your next construction project, but don’t know which tools are best for the job in question – look no further than Milwaukee and DeWalt. The two companies offer a wide variety of products that can handle anything from heavy-duty tasks like commercial remodeling or at-home DIY projects.

Which one is right for you? Well, it depends on what type of work you want to be done.

In this post, we’ll be comparing both brands’ offerings and seeing if either has all-star features worth considering when choosing between them.

Milwaukee has been in operation since 1918 and derives its name from Milwaukee city in Wisconsin state which is its origin. Their first tools were created by Henry Ford and enlisted as A.H Peterson, and he initially manufactured the ¼ inch power drill, Hole Shooter, and other tools followed later.

Unfortunately, the success was cut short by a fire in the manufacturing plant in 1923. The fire caused a significant financial crisis leading to the company shut down but soon it was purchased by Petersen’s business partner.

After the purchase, A.F Sierbet the new owner decided to rename it to Milwaukee Electric Tool Corporation.

Under new management, Milwaukee thrived leading to the manufacture of tools like the ¾ inch electric hammer and the introduction of different saws, cordless power tools, and miter saws. It became the first construction tool company to use lithium-ion battery technology which was a significant milestone in the industry at that time.

Although Milwaukee Tool Company has opened different branches in different states, it continues to conduct research and development in the Wisconsin offices.

It does all the research under Techtronic Industries which is its parent company. Its parent company is a global entity that has positioned Milwaukee today on the global platforms in different countries like the United States, Mexico, and China, and the EU market.

Milwaukee now produces about 3,500 accessories and 500 construction tools. Although their tools are meant for professional purposes, they can be useful for DIY projects.

It is a globally recognized power tool manufacturer boosting about 5 billion dollars in 2020 despite the economic hardship associated with the coronavirus pandemic. It hires 4,000 employees contributing to economic growth and income stream for a reasonable number of families.

Although the company started with simple miters, saws, and power drills now it has several powerful tools under its name. Most of the tools are useful for professional purposes and DIY home improvements.

Here are the tools you should buy from Milwaukee: 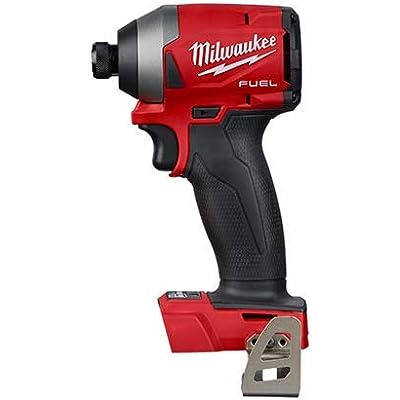 Milwaukee produces top-notch impact drivers like the Milwaukee 2853-20 Impact Driver. This powerful tool has 4-speed modes which ensure better productivity. The impact driver also has a brushless power-state motor which has a faster speed compared to other competitors in the market.

Thus, you will trust their drivers for both speed and torque over other competitive drivers today. 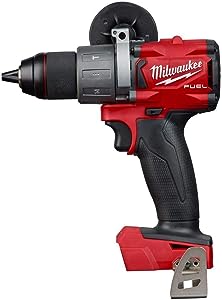 One of the notable Milwaukee hammer drills is Milwaukee’s 2804-20 M18 Fuel Hammer Drill. This hammer drill is powerful and its maximum torque is 1200 lbs. which is higher than any other hammer drill in the market.

Their hammer drills are built for high-speed drilling as it powers through tough materials without slowing down. 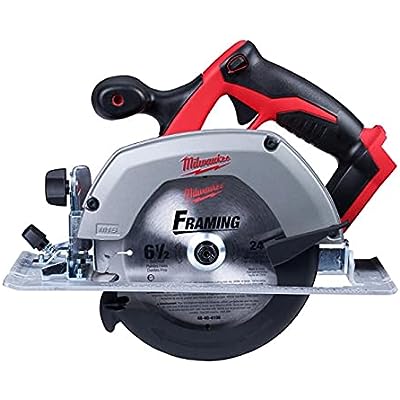 The Milwaukee’s M18 2630-20 Circular Saw is the best choice circular saw for professional and DIY projects as it works effectively in the woodwork. They feature electronic brakes and work at a high speed until you are done with cutting.

One of its advantages is the lightweight design and a soft grip which makes the circular saw easy to use. 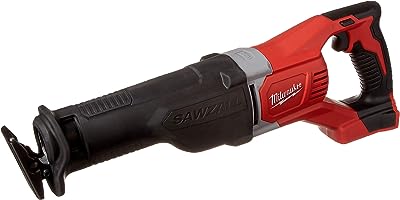 The Milwaukee 2621-20 M18 18V Lithium-Ion Cordless Sawzall is an effective construction tool that demolishes sites effortlessly. It is high-quality with a 1-1/8 inch length and 3000 RPM which makes it suitable for quality construction.

DeWalt is a construction, woodwork, and manufacturing Tools Company based in America. It operates under the umbrella of Stanley Black & Decker which owns several other notable companies. DeWalt Corporation was launched in Leola Pennsylvania by Raymond DeWalt in 1924.

Raymond DeWalt first invented the radial arm saw, which became the first product for the DeWalt Corporation. Soon the company manufactured other products like the Wonder Worker and a woodworker machine which configures in 9 different ways.

In 1992, DeWalt launched the portable electric power tools and expanded into a new market. Soon it expanded the product line to include 30 cordless power tools such as the 14.4V cordless drill and driver. Right now DeWalt has about 200 power tools and over 800 building and construction accessories.

DeWalt continues to integrate new tools into the market and has launched an online presence. They promoted tools like the FlexVolt multiple voltage technology. Stanley Black and Decker group facilitates manufacturing facilities in the US and other overseas countries. However, most manufacturing plants are based in Brazil, China, Italy, the Czech Republic, Mexico, and the UK.

DeWalt is known for innovative products and technologies and they have some of the powerful tools under their name.

Here are the notable DeWalt tools you should consider buying today: 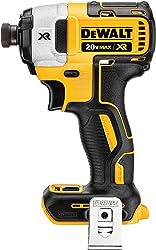 The DeWalt impact driver is lightweight and studier making it effective for construction and can be used for an extended time. Furthermore, it has 3-speed settings which offers more control and handling. Some of the ergonomic features include 3 LED lights, a slim handle, and a belt hook. 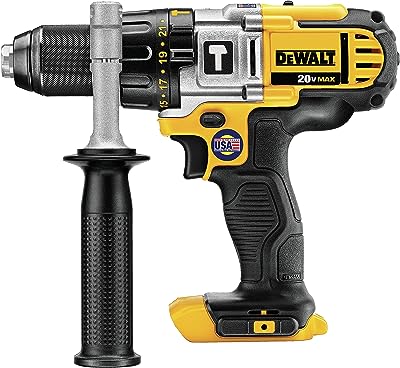 The DeWalt DCD985B 20V Hammer Drill is among the best hammer drills in the market and comes equipped with patented technology and innovative features which make it good for DIY projects and commercial purposes. The hammer works well for almost all types of woodwork.

The three-speed settings make it possible for users to choose appropriate speeds when working on a construction site. For instance, the high-power hammer drill can deliver 535 unit watts which enhances performance. 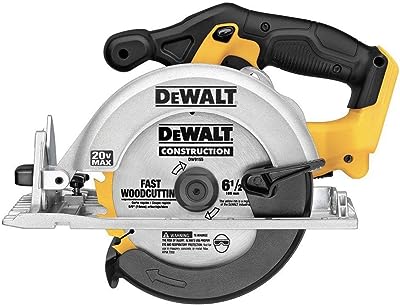 DeWalt DCS393 20V Circular Saw is one of the best circular saws in the market and comes with a 6- ½ inch blade that can handle most of the woodwork projects. The saw has a high speed and performs better than the average bevel angle.

The circular saw also has the FlexVolt advantage which increases the saw’s speed. The saws have a dust collection port with brake control.

DeWalt DCS367B 20V Reciprocating Saw is the best DeWalt reciprocating saw as it comes with 4-position blade clamps which promote flush cutting and come with tool-free blade changes. The reciprocating saw has a variable speed trigger which increases blade control

Main Differences Between Milwaukee and DeWalt

Are Milwaukee Tools Worth It?

Milwaukee tools are worth it. They are legends in the tool market, and they have earned this honor by developing innovative construction tools. The company works with real users which makes it possible to understand their needs. Moreover, the tools come at a reasonable price.

Is It Bad to Leave Milwaukee Batteries on the Charger?

It is prudent to unplug the Milwaukee batteries from the charger once they are full and store them in a cool and dry place. However, if you leave the batteries in the charger no battery damage will occur as the company caters for possible heat damage from overcharging.

Moreover, the control apps can track battery use and alert a user when they need to charge the Milwaukee batteries.

What Does the Fuel Mean on Milwaukee Tools?

Fuel on the Milwaukee tools is top-notch brushless, and they can take a beat. Thus the fuel line is among the top tools and has no problem drilling into tilt walls.

Milwaukee tools are water-resistant and they incorporated a waterproof design using a chemical that makes electronic tools less impervious to water. However, Milwaukee does not claim the batteries to be water-resistant, but they cannot get damp easily.

Therefore, you should not worry about using their tools during rainy conditions. The type of water resistance can be compared to the Liquipel spray which prevents other electric tools.

Is DeWalt Cheaper Than Milwaukee?

DeWalt and Milwaukee have almost similar price ranges for similar goods. However, Milwaukee prices can be higher than DeWalt’s.

It would be better to go for DeWalt if you are working on a budget as they offer high-quality tools at an affordable price.

Is DeWalt Still a Good Brand?

DeWalt is a renowned brand with a stellar reputation thus it remains one of the good brands which make exceptional tools.

How Many Years Do DeWalt Batteries Last?

DeWalt offers a three-year warranty for its Lithium-ion batteries. However, if you take care of them, they can last more than three years.

Can You Reset a DeWalt Battery?

The DeWalt batteries have a microchip that can shut the battery when it overcharges. If you rest an overcharged battery you may need to reset it to clear the microchip memory. The all-clear resetting allows the battery to charge normally.

These batteries are quick to charge and retain power for a long time and will not easily overheat. Thus, you might not reset the microchip frequently.

Which Impact is Better: DeWalt or Milwaukee?

When choosing between the tools, you can opt for their benefits and limitations. For instance, Milwaukee has a significant advantage for speed and torque. However, you should choose your tools based on the work at hand.

Can I Use the Milwaukee Battery in DeWalt?

Although you can use a compatible Milwaukee battery on DeWalt, you should ensure you have the required charge to prevent issues such as overheating and too much voltage. You can easily modify the charge for battery pack cases of the equipment you will no longer get their batteries.

Both Milwaukee and DeWalt are legendary tool manufacturers and choosing one company over another can be challenging especially for first-time tool users. However, you should examine the construction tool specifications and the work you need to do when buying tools.

Both construction tool manufacturers have their advantages and setbacks. For instance, Milwaukee has better tool control, good torque but their tools are highly priced.

On the other hand, DeWalt offers slightly cheap prices but they have poor control and low speeds. Good luck choosing the tools which meet your needs.